2020 could be defined as the darkest year of this century, and by the last news about the launch of the anti-COVID vaccine, this plague seems destined to end. But health problem aside, this period has brought a lot of companies to switch jobs and activities in a smart working and remote working way in order to keep safe people without compromising the production. This is a definitive jump on digital transformation that has produced an increased demand for IT products and services like cloud applications and smart devices for home and professional purposes. Let’s see briefly what happened and the expectation for 2021.

Events run virtual… but does virtual be the new real?

One thing I really missed this year is the community connection with people during the IT event. As a VMUG Leader, I contributed to the organization of Virtual UserCON 2020 (this happened on 7th October) but it wasn’t the same feeling of the physical environment: the off-camera moments, the magic of “be in a community” and the networking chats were really reduced. The same was for the participation of VMworld, AWS Invent, etc. 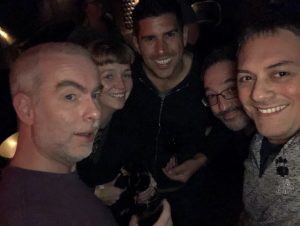 Let me say that near the physical distance between the attendees, there are some other positive and negative effects. In a lot of worldwide IT events, the costs of participation for attendees have reduced to zero: no ticket, no travel, and stay expense. Like guests, from event organizations there’s also great money save in terms of location, stay, and meal… This opened a great chance for a lot of tech people for their first-time participation in some worldwide events like VMworld, HPE Discover, etc.

On the opposite, how much time a person could stay in front of a monitor for a keynote, a session, etc? And is this time dedicated to the event or (like it happens in real working life) shared with e-mail/chat discussion, long task operations, etc? And there’s one thing that is not reproducible virtually: meet and have fun with friends and community people!

2021 could be an interesting transition period to start again with small events or experiment with some alternative ways to let small events available for a large audience. But the hope, in general, is to back to normality soon! In the meantime, there are a lot of virtual events planning in Q1 and Q2. Stay tuned!

TechFieldDay, the famous series of appointments with the technology, is continuing the show in a more “safe” way for delegates and vendors: The event streamed around the world, is running in a virtual location, to avoid any travels and keeping safe all the physical participants. Obviously, as delegate I can say that some cool parts of the show, like delegates meetings, the runs across the entire Silicon Vallery, and the community moments are missing. But the level of the contents and the ability to make questions and the interactions continue to be the best as done before! So, don’t miss the next upcoming events: https://techfieldday.com/timing/future/.

Remote working and learning have improved the digitalization of the common people! From elementary school students to office workers the need to have a self PC or MAC today is exploded, generating a new and interesting growth of requested and revenue to a lot of end-user device producers. To increase the offering, 2020 has seen an important change of architecture device made by the Big of Cupertino, Apple: The MAC based on M1 Processor. 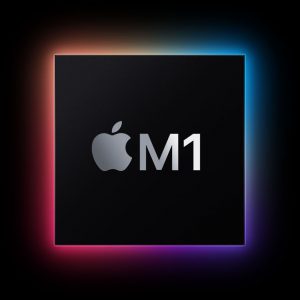 I don’t wanna hide that I’m personally worried about this radical change. We’ve already seen in the past, the leaving of Motorola processors in favor of Intel family processors, and a rebirth of new lines of product that revealed great improvement in terms of performances near architecture compatibility with other devices x86 based. That was the beginning of x86 OSX and Application virtualization for Mac. For me, this sounds like a hit in the head for people that are increasing their productivity using Mac to develop applications for different OS and container x86 based.

For sure, ARM processor spread, which includes the M1, is growing a lot during these last years. Cost and power efficiency are driving this architecture into several markets like servers, smart devices, and IoT applications. And saying that Mac reduced the manufacturing cost with ARM sound a lot of reductive! Checking this MacRumors’ blog post seems that the performance of MAC products based on M1 is better than the Intel-based model and also power-consumption is following the same way. In few words: with a lower processor cost Mac users can do more!

But what about the applications? Are all Mac x86 applications ported to this new architecture?

This transition could cost some time/cost to stay productive with the previous software equipment: not all applications are available for M1 but the iOS applications can run natively on this new device and can avoid some waste of time for Mac developers to make available their application for one architecture. For the other x86 applications, the answer is Rosetta: <<a translation process that allows users to run apps that contain x86_64 instructions on Apple silicon>>. And checking the official apple page it’s possible to translate all applications except for kernel extensions and (obviously) Virtual Machine apps that virtualize x86_64 computer platforms.

At the moment, even if it’s possible to run iPhone/iPad apps natively on the new Mac I’m still anchored on Intel processors and virtualization software for my productivity. Checking the Apple Store I still see the Pro series with x86 processors. But for how long?

Amazon Web Services: the next Public Cloud will be… 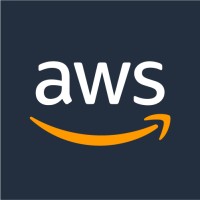 AWS Invent 2020 happened in the virtual format like the other IT worldwide events with some important news like EC2 Mac OS instances, the Container Image support for AWS Lambda, the availability of EKS Distro for on-premise infrastructure, AWS Proton, AWS CloudShell, etc.

As Cloud Architect and Kubernetes lover, my focus was completely captured on the availability of Amazon Elastic Kubernetes Service Distribution. This could be a great transition element for people who already have an infrastructure investment and wants to refactor their application to the Cloud-Native paradigm. In fact, checking the official EKS Distro page https://aws.amazon.com/eks/eks-distro/, it’s possible to download the distro which includes also CNI plugins, CoreDNS, CSI Sidecars, aws-iam-authentication… For testing purposes, or if you’re enough confident installing Kubernetes from kOps, kubeadmin, and kubeinit, the community guide is your getting started point.

Today the choice of the right Kubernetes distro is becoming really hard! For sure there isn’t the definitive distro and a lot of DevOps people put their feeling on top the right decision. As System Architect my suggestion is to bring some current and future infrastructure and cultural element in order to trace “your” path to Kube without wasting time and moneys:

EC2 MacOS instance is something that could really increase the AWS adoption for client testing purposes. In fact, with this kind of instance type, it’s possible to Build and Test applications for MacOS or iOS including AppleTV and iWatch.

For all the announcements, just check the official page: https://aws.amazon.com/it/blogs/aws/aws-reinvent-announcements-2020/ .

An important change for VMware and Intel

Something happened at Palo Alto’s company: Pat Gelsinger, in a Tweet, announced after 8 years in VMware, his new role as CEO of Intel.

Folks are still asking what will be the future of VMware. At the same time, I’m asking if Pat’s presence in Intel will be the secret sauce to improve the company innovations. In fact, even if I’m an Intel CPU lover, the coming of new processors and the challenge with the competitors are driving the company on a winding road.

At the same time, Intel has demonstrated a great focus on the Storage market. For sure, they are doing a really great job in SSD and NVMe segments, but they must pay attention to what is happening in the other market: the change of architecture in the new Mac models could cause a Domino effect for the other client device vendors which are more and more thinking of one single CPU architecture family for applications and devices.

Back to VMware, but keeping the focus on processors, this year, we’ve seen some interesting integrations with other processor families like ARM and NVIDIA. Especially regarding the ARM integration, this seems to trace a new mark in the story of virtualization, that wouldn’t be an exclusive x86 “thing”. If you wanna test, the ESXi for ARM is available as a Fling here: https://flings.vmware.com/esxi-arm-edition

In the cloud space, the alliances with other Public Cloud providers are the keys to open through the Hybrid Cloud (or Full Cloud) model without changing the underlying technology. This is a great opportunity for customers to easily face future investment in order to respond in time to the growth of the workload. And it’s also an opportunity for Cloud Providers, to introduce their “specialties” like we’re seen with VMware on AWS and the ability to integrate Virtual Machines with AWS services that are directly connected in the same private network context.

It’s too simple hoping that this period full of pain, restrictions, and doubts for the future will end soon. What I really miss in 2020 are my community friends, work fellows, and the human touch of participating physically in IT events. But we must win this battle at every cost, respecting the rules, protecting with the mask, and waiting for the vaccination. Then we’ll back to live our life!

I want to really close this post by sharing a tech link about “the 10 commandments for CXO for the 2021”: https://www.cxotoday.com/news-analysis/the-10-commandments-for-cxos-in-2021/.

Back to Silicon Valley for NetApp, CloudFieldDay 15 and more!

Storage is changing with HPE Alletra