Continue our appointment with news coming from the “Cloud Space” and communities. In this post vExpert 2021 nomination award, come important changes in Amazon management, the news around MinIO with VMware vSAN, and the upcoming CloudFieldDay 10. Let’s see in-depth.

Let me start this post with the vExpert nomination: twice a year VMware is nominating valued people for their involvement in event organization, public speaking, online content, or simply people recognized as an expert by VMware for their skills (like VCDX). This is my 7th year I’m nominated and I’m really proud to be recognized by VMware and communities. So here my big thanks to VMware and vCommunity (VMTN) and in particular to Corey Romero for the energy dedicated every day to make this “program” the greater every year.

Because my award principally comes from community involvement a huge thanks are for VMUG Italy, and VMUG HQ, and last but not the least, my huge congratulations to all new and old vExperts. Here the full vExpert 2021 directory: https://vexpert.vmware.com/directory. 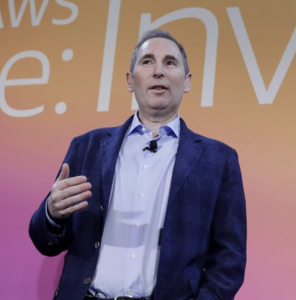 We already know Andy Jassy for his position in the history of Cloud Computing as the AWS man! In his brief history, the idea with Jeff Bezos is to create a system to ensure great computing scalability and resiliency during rush periods, and selling the unused resources, monetizing the infrastructure investments. This probably was the beginning of the last computing revolution. Today AWS is one of the important cloud providers of the world and it’s really interesting how this Andy’s idea now become a real landmark for IT architects and developers.

Checking the last news Jeff Bezos is transitioning to Executive Chair, leaving the CEO’s chair to Andy Jassy. The news that appeared here is talking about a transition that will bring Bezos to dedicate his energy to researching new products and initiatives. In the same official note announced the end of transition is planned for Q3, where Andy Jassy will take the lead of the Amazon.

MinIO one of the famous object storage system for Kubernetes fully compatible with Amazon S3 protocol, announces the imminent availability of the native integration with VMware vSphere and vSAN.

In a note posted in the MinIO’s official blog (https://blog.min.io/vmware_minio_ga): <<By adding MinIO’s object storage to the vSAN Data Persistence platform we bring them into our cloud-native ecosystem bringing them thousands of cloud-native applications that depend on MinIO for their data infrastructure.>>.

Today this integration is available only for VCF 4.2, but they plan to make it available on vSphere 7.0U1 as a native plugin. In the meantime I suggest to read their last post that appeared in the official blog that describe in-depth how to enable MinIO on vSphere 7 with native Kubernetes integration. 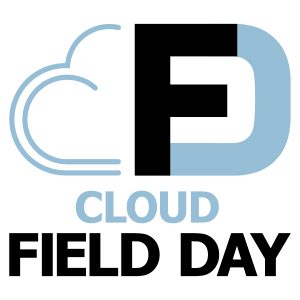 Next month (10-12 March) mark your calendar for CloudFieldDay 10. This is a TechFieldDay appointment in the Cloud Space where vendors are presenting their technologies to a roundtable composed of influencers, tech leaders and cloud professionals coming from every part of the world. This time we’ll see some important companies like DELL, Intel, Veeam, VMware and more. Stay tuned for updates.

For event info and details check the official page https://techfieldday.com/event/cfd10/.

Don’t forget that it’s possible to make questions during the live interacting with delegates and/or joining the conversation on Twitter using hashtag #CFD10.

Back to Silicon Valley for NetApp, CloudFieldDay 15 and more!