Depending on your licensing, it could be useful the knowledge how to migrate virtual from Standard to Distributed and vice-versa. Talking about Virtual Network, there are some elements that always bring al lot of system and network administrators worried about the choosing of how to combine physical and virtual networking, and these are the stuffs to demistify to proceed safe and conscious using virtual switches:

Migrating from VSS to DVS with user interface

Realizing this operation is really simple, in this example I’ll show how to move:

Because I’m under migrations I couldn’t show the cool ui v. 6.5… Under Hosts and Clusters > [the single host] > Manage > Networking, Standard vSwitch topology looks like the following :

NOTE: for this example the available physical nics are disconnected because I’m using a lab in a piece of production environment. Let’s assume that vminc0 and vmnic1 are physcially connected with 2 switches in stack with the same VLANs.

There’s a VM connected to justify that you could do this operation with near 0 interruption (depending on your physical networking it could be happens 1 or 2 ping loss). Next I’ll show the distributed switch (under Networking > [Datacenter] ):

The Distributed vSwitch creation is really simple: Just right click under your vDatacenter in Network tab and few steps choosing version and default port group. In case of migration, is enough to specify the version and the number of uplink depending on your physical connection available in the standard switch.

Note: before start the migration is important to have the same portgroup vlan ID with a similar name to recognize it during VM migration.

Note: in vmKernel portgroup migration it could be happens that something goes wrong due to physical or human error connection. To guarantee that the host will be reachable, to operation will roll-back automatically. Every sysadmin appreciates this feature. This is the result: 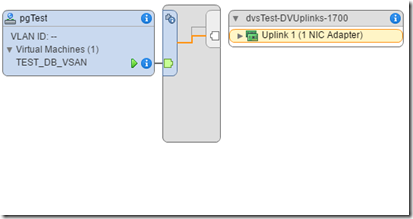 From DVS to VSS with powercli

It is possible to realize downgrade migration with user interface, but in a large environment it could be a repetitive work that could be scriptable. 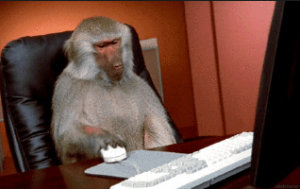 Note: at least 2 physical nic is mandatory to realize the following operations. In my case I start adding one more available physical nic:

The first important step to do is create vSwitch. This operation for every host could be long, repetitive and the change to make human error is really high. So, let’s start using PowerCLI connecting to the vCenter and creating vSwitch0 at all hosts in the cluster:

Note: you could use all these scripts to perform vDC standard switch creation as an alternative to ui; it could be useful in environment with huge number of host but without the using of distributed switch due the level of licensing available (< Ent+).

The portgroup creation routine concludes the vSS preparation for migration. Now it’s time to move 1 physical nic to make the connectivity flowing to the created vSwitch:

Now the switch is ready to accept VM networking; the following routine get all VM in virtual datacenter and if there is a connection with the distributed switch portgroup, it makes the change:

Well! With no more VMs in Distributed vSwitch it’s possible to move the other pnic to the other vSwitches to guarantee the failover: