In NSX 6.1 and earlier, if multiple vCenter NSX environments are deployed, they must be managed separately, but in 6.2 you can create universal objects on the primary NSX Manager, which are synchronized across all vCenter Servers systems in the environment. 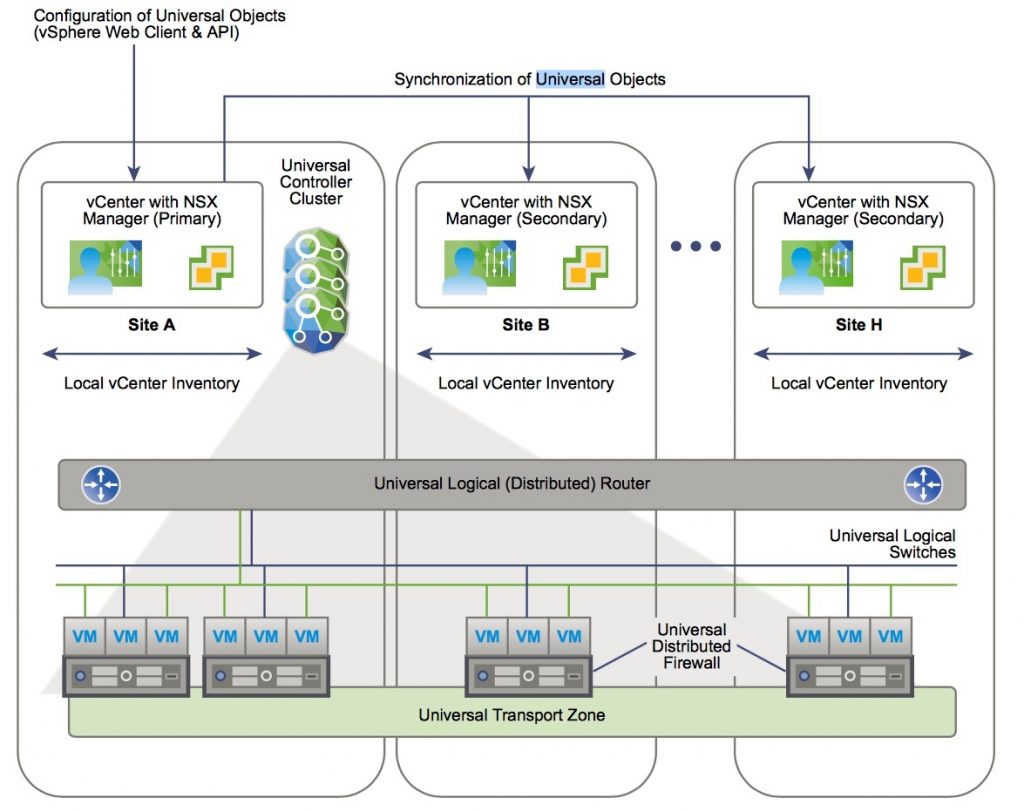 Determine the appropriate NSX topology for a given use case

After vCenter installation (multiple than one obviously), cluster configuration with dVS and enough available resources (see NSX installation requirements), it’s time to build a Cross-vCenter, and it’s possible to build it:

When determining the size of each segment ID pool, keep in mind that the segment ID range controls the number of logical switches that can be created. Choose a small subset of the 16 million potential VNIs. You should not configure more than 10,000 VNIs in a single vCenter because vCenter limits the number of dvPortgroups to 10,000.