vSphere 5.1 and later enables you to backup and restore the configuration of a vSphere Distributed Switch. It’s possible to restore the virtual network configuration in cases of database or upgrade failure or use backup as template to create a copy to the same vSwitch in new vSphere environment.

Import a stored configuration file to create a new vSphere Distributed Switch or to restore a switch that has been deleted earlier.

Note: It’s possible to use saved configuration file to replicate the switch instance, its host associations, and policies but not replicate the connection of physical NICs to uplink ports or ports on link aggregation groups.

During import procedure it’s possible to Preserve original distributed switch and port group identifiers. This last is useful option for recreating a deleted switch or restore a switch that is failed during upgrade process.

Exported dvpg configuration file allows you to preserve valid port group configurations, enabling distribution of these configurations to other deployments. The procedure is quite similar to dVS, the option is available in portgroup element.

In vSphere >= 5.1 it’s possible to prevent and recover from misconfiguration of the management network by using the rollback and recovery support of the vSphere Distributed Switch and vSphere Standard Switch. This could be done in DCUI too.

Host networking rollbacks occur when an invalid change is made to the networking configuration for the connection with vCenter Server. Rollback are available for:

In vSphere >= 5.1 it’s possible to use the Direct Console User Interface (DCUI) to restore the connection between vCenter Server and a host that accesses the management network through a distributed switch. The option available in DCUI is: Network Restore Options menu –> Restore vDS 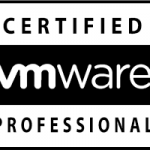